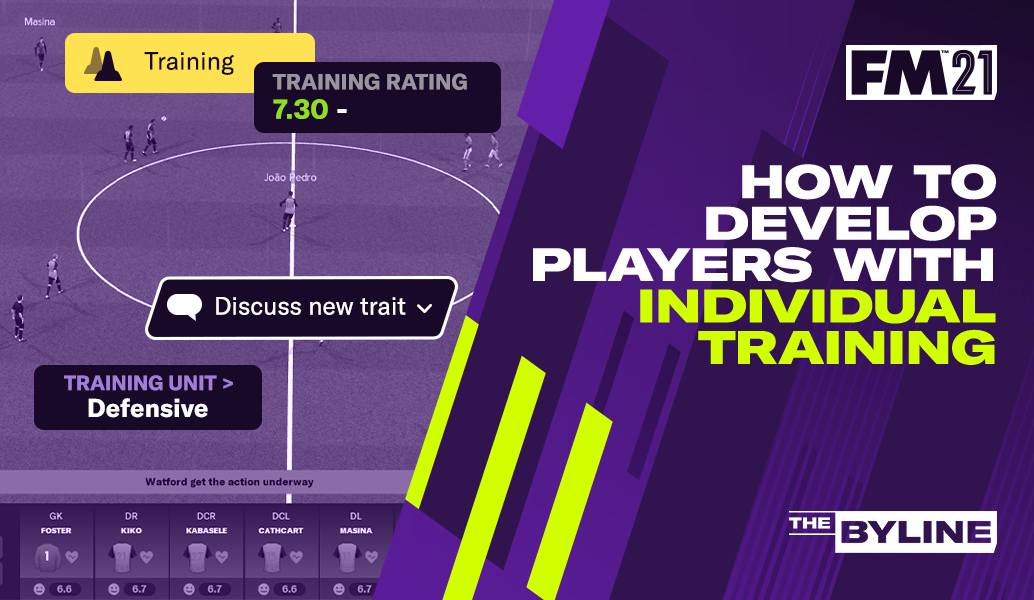 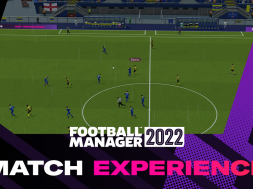 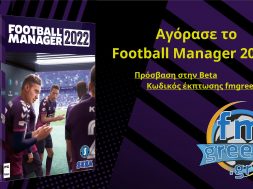 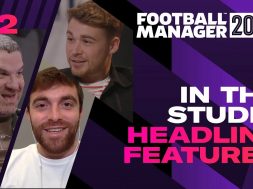 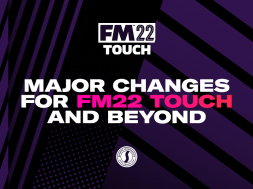 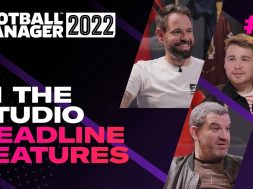 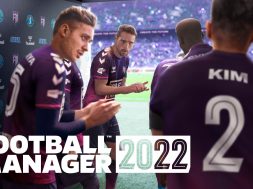 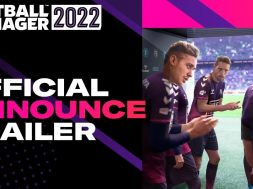 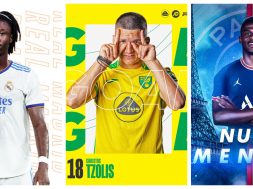 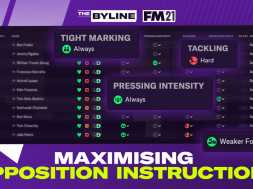 One of the key things I want to make very clear from the outset is that Individual Training works best when it is paired with a well put-together team training schedule, but you will also still see results with your players if you do decide to leave Team Training to your assistant.

First – let’s dispel a myth. There is no such thing as ‘role familiarity’. I know, I know, but hear me out. When you look at a player’s profile, those little green circles which you see are a player’s Positional Familiarity. The stars are how well the players’ attributes fit the role you want them to play in. Let’s explore that idea using RB Leipzig star Dani Olmo as an example.

When you open up the Tactics screen from the Development dropdown on a player’s profile, it automatically opens on the position which they are most familiar with, which for Olmo is Attacking Midfielder – but he’s also natural as a Central Midfielder, which means he could play both to a very high level. The stars to the right tell you how well his attributes suit certain roles. This is nothing to do with ‘familiarity’ with the role, just whether or not a player has the tools to play that role.

So, with that being said, what’s the point in individual training if it doesn’t improve role familiarity? Simply put, it’s our opportunity to mould players by focusing on specific roles and attributes to make them as effective as possible in the roles and positions we want to use them in. In the rest of this article, I’ll look at a variety of players at different stages of their career, and how we can use individual training to get the most out of them.

There’s only one man I can use for this example – Dortmund wonderkid Youssoufa Moukoko.

As you can see, Moukoko is a natural Striker, and has several strong attributes which make him a real threat in that position. With players as young as Moukoko, there are a couple of approaches I like to take to Individual development – if they have a lot of room to grow (i.e. high potential) I work on making them as well-rounded as possible; in this case, that means training as a Complete Forward.

Why Complete Forward? It works on the greatest amount of attributes at the same time; look at it compared to Advanced Forward, for example.

As you can see, training as a Complete Forward allows us to work on a huge spread of Moukoko’s already strong attributes, and also targets a few of the mental attributes that Advanced Forward training misses, such as Teamwork and Vision – to me, for a high-potential youngster, this wide-ranging approach lets us develop some well-rounded players who excel in multiple roles.

Eventually, our youngsters reach a point where they have a solid base of attributes, and we can switch to focusing on the key attributes for their role in our system. Hamburger SV youngster Josha Vagnoman is a good example of this.

At 22, Vagnoman has a good base of strong attributes, especially physically, and at this stage I would be looking to hone his skills in a role specific to my tactic that he could then excel in. For this example, I have chosen a Wing-Back on Support. By doing this, we’re focusing on a lot of the Mental Attributes which he needs to succeed as a Wing-Back and supplement his existing Technical and Physical strengths.

I would also suggest that when players reach around 21-22, you’re in a good spot to start thinking about adding player traits to their game, as you’ve got a much better picture of how their development is going and the strengths they are developing as they progress. Adding player traits also allows you to dial in on their play style more for your particular tactical needs.

Often, as players move through your development pathways and hit the first team, managers get put into a position where, as good as they are, players have a couple of issues that need ironing out. This might be a specific attribute which is weaker than others, or a player trait that you just plain don’t like.

This is where a couple of aspects of individual training come in really handy. In this instance, there’s a few of things I would look to do with Tin’s training – first, depending on the squad’s requirements, I would need to decide whether he’s going to be a Centre Back or a Right Back, as he is natural in both. Personally, I feel he is fractionally better at Centre Back. The second thing I might consider, after watching him in some games at Centre Back, is removing ‘Tries to Play Way Out of Trouble’ as a Player Trait, using the ‘Discuss New Trait’ button.

The other option that I would consider, depending on whether I see that specific trait getting us into trouble defensively, is setting up Tin’s training to work on his Technique and Vision. This would minimise the potential risks of him playing his way out of defence in-game.

Even though I don’t use a Libero, the training for the role hits a lot of the important attributes for a defender who likes to play their way out of trouble; Vision, Technique, Dribbling and Passing all get worked, and this helps to minimise the risk of losing the ball as we come up the field.  The decision on whether to remove traits or work around them really is based on how you see them operating in-game, and individual training gives you that flexibility to develop players to maximise their existing traits.

Here, while SC Freiburg’s Jeong Woo-Yeong is a left winger by trade, there are a few traits and parts of his game that I think suggest he would be really effective through the middle of the pitch. Of course, the decision to re-train and develop players is entirely dependent on your philosophy and squad, but it’s important to remember that as well as individual training, players need game time to develop ability in a new position.

Alongside positional training, I would also be looking at adding some additional focus training to improve some of the more defensive aspects of his game. Even though he is going to be used as a Mezzala, his defensive attributes still represent too much risk for me to be comfortable with him in the middle of the pitch. As such, I’ve added Defensive Positioning as his Additional Focus so that he’s working on Marking, Positioning and Decisions. This extra work should help him to develop into a more well-rounded player comfortable in midfield.

One of the most often overlooked features of individual training on Football Manager is the ability to use it to help players recover after they’ve spent time on the shelf with injury. You can implement this as soon as they are able to rejoin team training (the orange ‘Inj’ icon) and can really help players to recover quicker and minimise Attribute decline, especially off of long-term injuries.

As you’ll see from the above screenshot, there are five categories of Injury Rehab available, which address different aspects which can be affected by injuries. As players return from injury, you’ll notice arrows next to certain attributes, and the aim with rehab is to address as many of those negative trajectories as possible, in order to maximise a player’s recovery. The different categories are as follows:

You will probably notice that your assistant manager tends to recommend rehab programmes for players coming off of an injury, and personally I tend to use General Rehab, unless there is a specific aspect of a players’ game which has been disastrously impacted.

There are a lot of options, potential combinations and uses for the individual training within the game, from developing your youngsters to maximising the careers of your older players by dropping them into new roles that fit their skillsets.

Hopefully, this blog allows you to utilise individual training to maximise the value that our squads get out of training and their development. 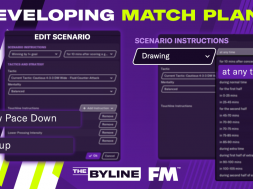 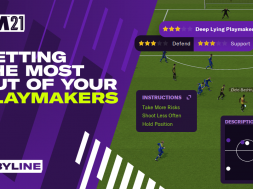